Schedule your FREE Kickstart Your Weight Loss Call if you're ready to ditch dieting and finally see your efforts pay off!

Is fear of failure keeping you stuck?

Can't sit down and read right now? Listen to the audio version above.

Failure has become the new "F" word, and in the age of perfectly polished social media channels where beautiful girls show off their beautiful lives without a hiccup or misstep insight, it can feel inevitable. And paralyzing.

After all, you know you can't pull it off. The dream job, the body confidence, the envious relationship. Those are pipe dreams, only for the chosen, only for the few.

Why bother? WHY BOTHER?? THIS is the question we ask ourselves? Why bother???

And what if we bother and we do, in fact, fail?

What is failure, but the universe rerouting you, shoving you off the incorrect path and onto the one that will get you closer to your goal?

It's funny, I think we fear failure because it feels so final, so definite, so absolute. But the definition of failure, according to Mirriam-Webster, is "lack of success" or "falling short."

Neither of those describes a state of permanence. They both describe a fleeting state that becomes obsolete as soon as you stand up and try again.

Let that sink in. Failure doesn't exist, until you stop trying.

But truthfully, I don't think the perceived finality is all that makes us fear this experience so much.

No, I think what makes failure so absolutely terrifying is the finality of other's perceptions of us.

If they see you fail, they can never unsee it.

Like you're performing, and you fall. And not just a stumble, I mean you fall off the stage. An epic fall that takes the curtain and a few props down with you, as you crash into the audience. Sure you can get back up on the stage, but the glorious fall is what they'll remember, right?

Except here's the thing, you aren't on a stage. And I'm about to tell you possibly the most insulting, and helpful thing I can say to you regarding this matter....

No one cares!! And just so you don't think I'm a total bitch for saying it, let me explain it this way:

I used to teach a dance fitness class in a small room in the back of a Lorna Jane store. And at the end of each class, once the routine was learned and we were about to cool down, I would have them do one, all out, everything-you've-got performance of the dance.

But to ask that, is to ask them to put down their insecurities about getting the moves wrong and embarrassing themselves in front of the entire class.

Despite this very real possibility though, they always did it. Do you know why?

Because before that last dance, I would say, "I know it's scary to go all out because if you mess up, you'll mess up big. But let me ask you, throughout this class, have you noticed anyone else in the room mess up? Have you even looked at anyone else in the mirror? No! You were watching yourself. So keep watching yourself, as you shred this routine!"

They would always laugh and nod in agreement, and then dance their little hearts out.

And that's just it. We are all so consumed in our own lives, our own dramas, our own stories, our own fears, we hardly look up long enough to even notice anyone else's falls.

And yet we are convinced the world's eyes are watching our own.

They aren't. And the very small percentage that are, that care, and that are going to judge you and make you feel bad about getting knocked down in pursuit of a goal, are those who are too afraid to reach for a goal themselves.

Hear me. They are not worth you living a boxed up, tidy, safe, boring life, at the expense of a beautiful, messy, exhilarating one.

They are not worth a tiny fraction of your attention, let alone a say in what you will or won't go for.

Failure is a sign you're chasing something important. Failure is your roadmap. Failure propels you forward, it doesn't hold you back.

Failure isn't the enemy to an unleashed life, stagnation is.

Comment below with one thing you're going to go all in on, failure be damned.

Book your FREE Weight Loss Consultation if you're ready to ditch dieting and finally see your efforts pay off in the mirror and on the scale!

Struggling with stubborn weight, gas, bloating, constipation, diarrhea, and/or fatigue? It could be food sensitivities...

The Everlywell at-home food sensitivities test measures your body’s immune response to 96 foods to help guide you on what types of food are best suited for you and which foods may be inhibiting your health and weight loss goals.

Click here to get 15% off your at-home food sensitivities test! 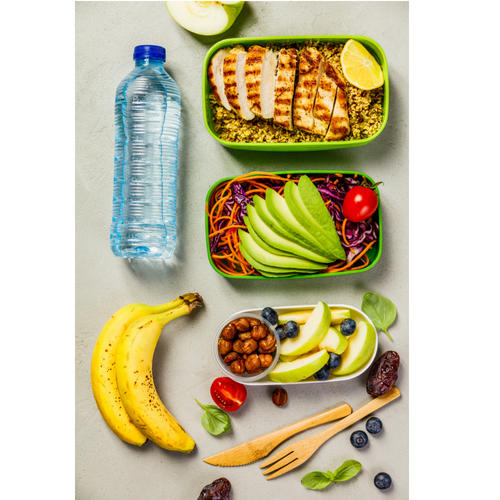